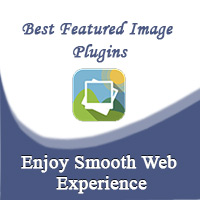 In this article we will learn more about best featured image plugins. Featured images are not just simple pictures present on your site; instead, they are images or files that help explain to visitors the website’s content in a pictorial way.

Well, there are various plugins made for this specific reason, and in this article, we are going to discuss some of the best-featured image plugins that can help you remove, edit or hide any featured image in no time.

Quick Featured Images is one of the most powerful WordPress plugins that allows the users to perform a bulk editing option on the featured image. For starters, it helps the users set, replace and remove any featured images for more than a hundred posts in a single go.

At the same time, it provides users with various filters that can help them apply changes to their desired posts. These two features tell us that this plugin can help the users save time and apply bulk changes to a post.

Recently Quick Feature Images has added a new column named “Featured Image” in the post list that allows the users to see the currently assigned featured image of each post and active links to edit, replace or remove any sort of featured image in every post.

As a user, you can also overwrite the existing images and pictures with new ones by removing the photos embedded earlier and then attach the new image to the post. If we talk about the plugin’s price, it’s free of charge, which is why it does not offer any kind of warranty for the plugin.

Also, there is no user support provided in this plugin, meaning if you have a problem during the installation on your WordPress site, there is no one to help you with that problem.

Dynamic Featured Image is one of the most popular featured image plugins in the market right now, with more than 80 thousand active installations. The reason for its success is the fantastic features it provides to its users.

To start with its features, it has a simple-to-use interface that gives users an option to create multiple feature images, so you do not have to depend only on the images available. This option can come in handy when using other plugins or posting thumbnails and sliders that also use the feature image.

Moreover, the plugin also lets the users add various featured images in each post or page; these images can then be accessed by other theme functions when necessary. The Media selector feature in the Dynamic Featured Image Plugin lets the users set any picture or photo from the Media Library.

They can also upload photos from the file upload option, and while uploading, they do not have to use different codes (Ideal for beginners). This WordPress multiple featured images plugin also allows the users to add image detail in the featured image by adding a title, caption, Alt text, and description to define the picture.

To activate the plugin on all the sites, you can use the Network Activate option because DFI is only available on the Network Admin site. If you were wondering about its price, Dynamic Featured Image is free. And not only this, but the plugin also supports all the latest updates and versions of WP.

Featured Image From URL has more than 20 thousand active installations, and it is famous for providing professional functions to its users while managing featured images. The other reason why it’s popular in the market is that it offers excellent support and saves a lot of hosting storage, which eventually boosts the website’s speed.

This featured image plugin allows the consumers to add external URL images as a featured image of any post, page, or custom post like a WooCommerce product. Moreover, the plugin interface is easy to use and friendly. All the featured images show up in the new column when the user requests a list of posts, pages, and different categories.

It also has the lazy load feature, which allows the site to load images and other content on the site as the visitor scrolls down the web page; this surely helps increase the website’s speed. Featured Images by URL automatically adds a featured image at the start of the content if the theme does not show the featured image already added in the content.

The best thing about this WP featured image plugin is that it displays the resized images as per image sizes like thumbnail, medium size, or any customized size you want for your feature image.

This plugin comes free of cost, and it works fine with almost every WordPress themes like travel blogs, news themes etc but as we know, the feature image depends on the theme of a site.

So, there is a possibility that it will not work on highly customized themes.

Default WordPress Featured Image plugin can be the ideal option for you if you are looking for the most straightforward and effective option to add a featured image to your content. The plugin allows the users to put a default featured image for all posts that do not have any featured image.

Users can also remove the default picture by removing the image already in the media library set as the default featured image. The best thing about this plugin is that it provides the users with good support, and it gets the job done in just a few seconds with the help of a couple of clicks.

For this plugin to work, the site’s theme must support thumbnails because the default featured image plugin shows the image you placed as default in the same style and position as the active theme shows it.

Before using this plugin, remember to deactivate the previously installed featured image plugins you were using and delete the codes you modified to show the default featured image because it could cause significant problems for the plugin.

Featured Images in RSS has over 30 thousand installations with an excellent 68 five-star rating in the market right now. The WP plugin has an easy installation process, and it is specially made for content marketers.

This plugin lets the users have featured images of different sizes in various places on their site. It further allows selecting the size of the featured image like thumbnail, medium, large, as per theme requirement, and full quality sizes.

Featured Images in RSS also allow the users to select the image’s position, for example, left above text, image left text wrap, image right text wrap, and centered above text. Moreover, it further lets the consumers set the spacing between the pictures and the text as well.

As the plugin is best for content markets, it can be used in the WooCommerce platform; for instance, users can add product photos to the RSS feeds and create product-based RSS campaigns. The best thing about this plugin is it is available for free, and it provides excellent support to its users through the WordPress Support forum.

Users can also upgrade it to premium features by subscribing to a 14-day free trial without submitting any credit card or anything. The plugin’s premium version includes tech support, media enclosure tags, Disable Responsive images, custom content in feeds, Publish delay, and other premium features.

Tips for Using Featured Images in a Proper Way

As we know, featured images play a critical role in the website’s content, so here are a few tips that you should consider when using a featured image in your posts.

Have a Consistent Style

The featured image of your site’s content appears on many social media platforms and other websites as well. So, it would help if you had the same style for all of your posts. For instance, you need to think of what type of images will support your branding, tone, and design before deciding which featured image to publish in your post.

If you want our advice to maintain a consistent style, please use a set template or color overlay to make yourself different from others.

Some sites have a professional photographer or an illustrator on their team who makes original featured images for their blogs. You can also hire a photographer or illustrator, but it can cost you big money. In this case, you can use third-party images, or other platforms have free pictures that everyone can use on their monetized blog.

The most important thing you have to do is optimize the featured images before publishing them on your site because they contribute to the site page loading time. So, try to make the images as small as possible, even compress them through a plugin or an online platform like image compressor.

To boost your SEO ranking, you can also include some keyboards in the pictures. For example, to add the keyword, you have to include the primary keyword or phrase in the file name and ALT tag so that search engines can better understand what the image is about.

Choosing the best featured image plugin can help your website look more professional and better looking than all other sites. Not only this, but it will surely help you build brand awareness and recognition of your business on various social media sites.

We hope that this guide has helped you find the best featured image plugin in the market, and in case if you have not decided which plugin to use, then reread our guide and use the tips that we have discussed while using these best featured images plugins on your site. Go-Go-Go!